Peaceful road to a ‘vision of paradise’ 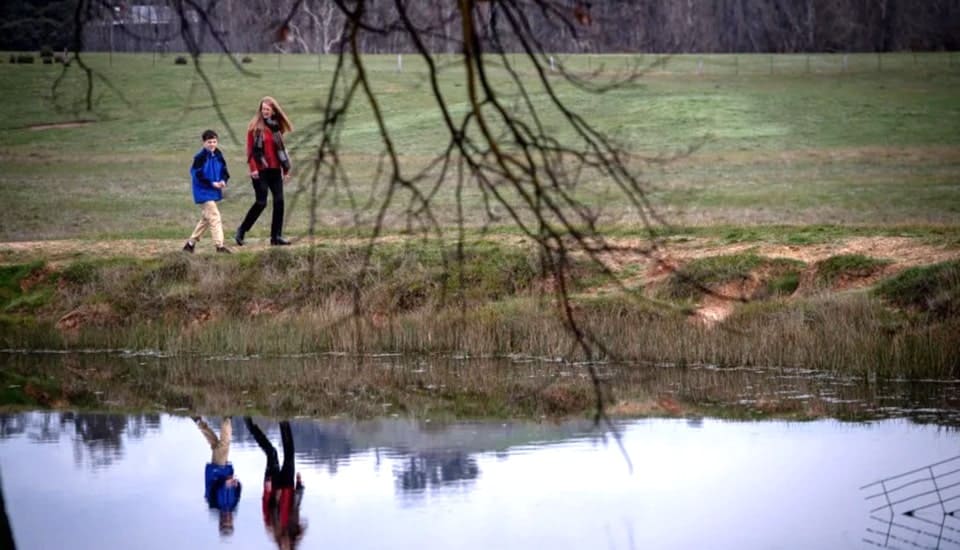 It was the tranquil hush of the 40ha farm that first convinced Simone Reeves and her board to buy the land, just outside Mansfield in Victoria’s high country.

Simone, director of Mansfield Autism Statewide Service (MASS), says they had for many years been looking for land to expand, to cater to the long waiting list of families in need of support. “This property is the perfect location to suit children with autism — undulating with 360-degree views, established trees and very peaceful,” Simone says, adding the purchase was finalised in April. “Already the children are riding bikes, bush walking and taking part in equine therapy.

“Children with autism can have high anxiety levels and can be very, very sensitive to noise, so here, on the farm, it’s so peaceful their anxiety is reduced.”

“After the stress of Will’s disappearance, when I was exhausted and just needed a break, Mansfield autism were terrific,” Penny says, adding the farm is a “vision of paradise” for Will. “I contacted them and said I desperately needed support and they provided a safe place for both my boys for four nights.

While the farm purchase marks a major milestone in MASS’s 51- year history, it is also, Simone believes, an Australian first, with no other state offering such a property. Their $30m development plans include building a school, residences for families, a camp, respite care, sports facilities and a large vegetable garden with chooks.

“Up until coronavirus, our plan was to travel to Ireland, where they have a similar world’s-best facility for autistic kids, which we hope to replicate,” Simone says.

It’s a grand plan, but given MASS’s contribution to families across Victoria, a desperately needed one. The non-profit organisation was started in 1968 by local doctor Joan Curtis, who had a child with autism and recognised that services for families were scarce, especially in rural Victoria.

“Joan was ahead of her time and could see that things like healthy food, exercise and increased independence could help children with autism, which are still the basics of what we focus on,” Simone says.

Joan was director until 1991 and continues to be on the board. She passed the reins to Simone, who first started at MASS as a 16- year-old volunteer. “I don’t know why but I always wanted to work with kids with autism,” the 51-year-old says.

Autism is a lifelong neurodevelopmental condition that affects how a person communicates, behaves, feels and experiences their environment. Every autistic person is different to every other, and early intervention important.

MASS helps about 350 families a year, with more than 110 staff, including practitioners who travel around Victoria, staying in homes to offer strategies for children with a vast range of developmental issues.

The organisation also runs a school in Mansfield, with about 15 children, eight of whom take part in a nine-week therapeutic 24/7 residential placement, staying in four homes. And just as Joan started back in 1968, MASS also runs four camps each year for 10 families — hiring locations around Victoria — offering couples a break and helping siblings to have their feelings validated.

One family who has benefited enormously from MASS’s service is the Callaghans, whose son Will was famously rescued earlier this year after being lost on Mt Disappointment. Mum Penny, who has two autistic sons, says her family has been connected to MASS for years.

“After the stress of Will’s disappearance, when I was exhausted and just needed a break, Mansfield autism were terrific,” Penny says, adding the farm is a “vision of paradise” for Will. “I contacted them and said I desperately needed support and they provided a safe place for both my boys for four nights.

“Knowing you’ve got some planned respite helps you keep going. If you’re in that caring role 24/7, respite can help you from getting to crisis point.” Penny says the farm means “more families like mine can get the lifechanging support they need”.

Such is the growing demand for autism services, six years ago MASS had a waiting list of about 500 families. But Simone says since National Disability Insurance Agency funds have come through in recent years, the need now is on the actual infrastructure to supply services.

Hence the need to buy a farm and the $30 million masterplan, with funds coming from government and philanthropic groups. The farm currently has a homestead and sheds, which can accommodate staff and families.

She says in coming years the Mansfield school and homes will be sold, with a school built on the farm, able to grow according to need, as well as a camp with 12 cabins, and about 10 residential houses for respite and crisis and permanent care. Programs will include seed propagation for adults aged 18-plus for employment opportunities, and training for teachers and staff. “It won’t all happen overnight but we want to start as soon as possible to future-proof ourselves.

“We don’t want people to be on waiting lists anymore.”

This article appeared in The Weekly Times, August 12th 2020. theweeklytimes.com.au