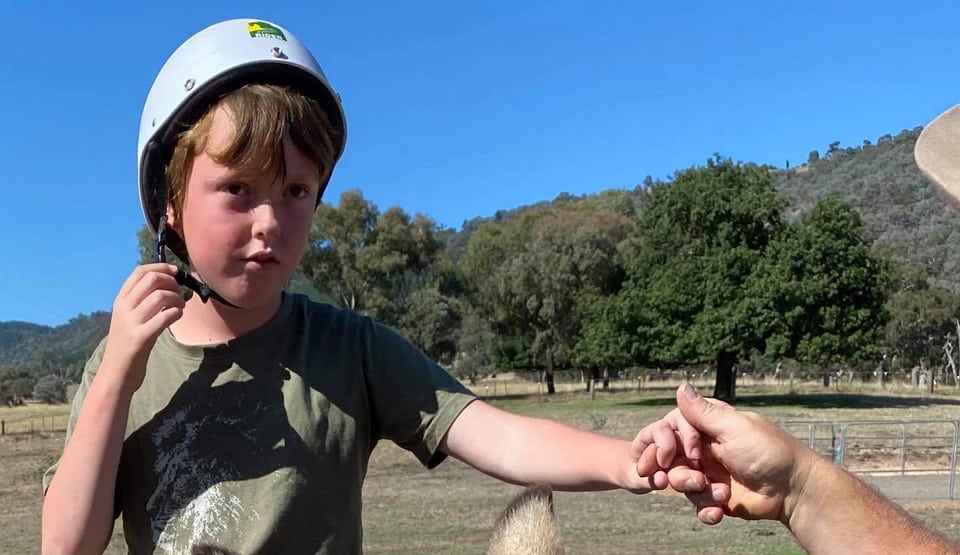 The following story is now displayed on the National Disability Insurance Scheme website.

The Netherclifts are grateful the NDIS is supporting their son, Perry, 8, so he can receive “life-changing” supports from their chosen provider, Mansfield Autism Statewide Services (MASS).

Dad, Alan, said having NDIS funds to engage MASS has been “a total gamechanger” for his family, which includes five-year-old daughter, Suzanne.

“Perry was diagnosed with severe autism before he was three,” he said.

“Our first child, we knew nothing about autism, so we decided we wouldn’t change Perry to fit into this world, we would change the world to fit in with Perry.”

“It was a noble thing, but what we didn’t realise is we had created a bubble around him, protecting him and doing everything for him. MASS made us realise it was detrimental to his development and he was capable of more.”

Alan said MASS offered a five-day family camp they could all attend.

“It was just amazing. All families with a child on the spectrum should attend. It made such a difference to our lives,” he said.

“When we arrived at camp MASS staff took Perry and Suzanne and said, ‘Go, unpack, relax and don’t worry about your kids’.

“We thought, ‘What’s this thing ‘relax’ you speak of?’” Alan said with a laugh.

“Suzie enjoyed the camp too. It was the first time she hung out with other kids, who had siblings with autism, and enjoyed all the fun activities too.”

Alan admits he was sceptical about MASS staff getting Perry to do anything, given his rigid daily routine.

“We thought ‘No way. They won’t get Perry to do things’, then they did,” he said.

“By day two we went to dinner and there’s Perry, sitting at the table with others. We said, “‘OMG, who is that kid?’”

“There he was finishing dinner, then he got up, walked to the bin and scrapped in his leftovers!

“We just cried, saying, ‘Are you kidding me? How? What magic have you done?’”

Alan said family camp taught them so much.

“We didn’t know much about autism; we went off gut feeling, so to be taught how to understand autism and incorporate insightful and proven strategies into our daily life just made such a difference,” he said.

“At camp, Perry got six hours a day of constant therapy, which he’ never had before. It made us realise at home he was living in unstructured time and it was detrimental to him and us.

The progress he made there was mind-blowing.

“When he came home, a practitioner came too, to support him and us to continue with strategies and to implement Perry’s new daily routine.

“Now, we use Picture Exchange Cards (PEC) to set his schedule; his behaviour has improved; he’s eating and sleeping better; he’s happy going from one thing to another – he’s enjoying a much more structured life,” Allan said.

“To me, if we keep this support going, it could mean the difference between full-time care as an adult or he could live happily in a share house, or even get a job.

The NDIS posted the story to their facebook page.